The Story of Philip House 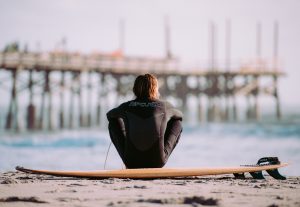 Philip Sickles is remembered as a pretty happy guy; a local surfer who was popular and easygoing. By the age of 22, heroin had cost him friends and a job and he was facing his second conviction for Driving Under the Influence. In 1981, unable to cope with another stint at getting clean, Philip took his own life. Over the next 10 years, two of Philip’s six siblings would fall victim to addiction. David would die from a fatal overdose after 12 years of sobriety. Alison would die prematurely at age 49, years of alcohol abuse taking their toll.

Philip’s father, Harold, having embraced sobriety in 1977 through 12-step principles, dealt with Philip’s loss by opening a sober residence at the corner of Chelsea and 3rd Avenues. He named and dedicated it to the memory of his son: Philip House. Here he took in men who, like him and his son, were suffering from addiction to alcohol and other drugs. He introduced them to the 12 steps and drew on his strong contacts in the recovery community to successfully engage his residents in a new life – joyous and free.

After a number of years, pressure began to mount from the New Jersey Department of Addiction Services for all non-licensed sober-living residences to meet the standards of licensed institutions or face closure. Harold found these new demands overwhelming and welcomed the help of New Hope Foundation (now New Hope Integrated Behavioral Health Care) to ensure the legacy he had begun. This began a quest that, sadly, would outlast Harold’s own lifetime.

It’s through the suffering, hard work, love and dedication of many on whose shoulders they now stand, that the current residents of Philip House enjoy the priceless opportunity to embrace the serenity that eluded Philip during his brief life. They honor Philip’s memory and their own best selves as they embrace this precious gift and apply it one day at a time.

Help Us to Continue Our Mission